Before we write in greater detail about the original Laundry List, we must note that most of the 14 Traits have an opposite.  Our experience shows that the opposites are just as damaging as the counterpart.   For example, if we feared authority figures, as the first trait suggests, we also became authority figures to our children, spouses, or others.  When we stop and think about it,  we realized we were feared as authority figures.  If we lived our life from the viewpoint of a victim (Trait 5), then many of us have become persecutors or perpetrators who created victims.  If we got guilt feelings for standing up for ourselves (Trait 7), we could also feel guiltless by shaming someone verbally.  We could take from others what was not ours without feeling guilty.

These examples represent the reverse side of the Laundry List.  Many of us would like to deny that we have been a dominating authority figure, but we have.  We don’t like to think about victimizing others or projecting blame onto them, but we have.  Many of us have reenacted what was done to us, thinking we were justified.  Some of us have engaged in fights that go beyond mere words.  We have slapped and slugged others in a fit of rage.  Some of us have used a violent cursing with threats of physical harm to intimidate others.  A few adult children have willingly committed crimes.  We have stolen merchandise, written bogus checks, or embezzled money for various reasons that don’t hold weight in the light of our explanations.  We can feel shame or disgust when we think about our actions.  This is healthy guilt, which is different from the toxic guilt that we were raised under.

Our behaviors, whether we are a victim or creating victims, highlight an ACA truism:  “ACA is not an easy program to work.”   Yet, the effort it takes to work ACA is far less than the effort it takes to live in codependence or trying to control others or circumstances out of our control.  If we apply half the effort to ACA that we apply to living codependently, we will see amazing results.  We will find clarity and self-worth.

We will need help.  We will need acceptance from others when we cannot accept ourselves.  We do not need to shame ourselves or dive into self-condemnation, but we must be honest about our behavior.  We sometimes need a reminder that we are acting destructively and should consider rethinking our behavior.

ACA allows us to admit our behavior in a safe place without judgment from others.  By working the ACA program, we learn to recognize when we are thinking like a victim or persecutor and to talk about it.  We reparent ourselves with gentleness and self-love.  We become open minded to the idea that we can change with time and with help. 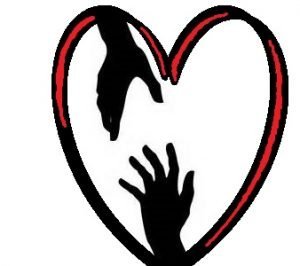 Reaching The Inner Child Through Reparenting

During a recent annual Labor Day fish fry, a close family member asked me why I still do emotional work on childhood abuse. He explained that reflecting on his childhood memories and feelings was not helpful and that counseling and support groups were traumatic for him. Why did I kept putting myself through that? Why couldn’t I just get over it? Why didn’t I follow his lead and smile – even if I felt like crying? That’s what he does.